All too often we hear of tragedies involving children with autism.  A few months ago I wrote about the killing of James Alenson by his classmate who was diagnosed with Asperger’s Syndrome (see these posts: http://www.psychologytoday.com/blog/radical-behaviorist/201004/aspergers-syndrome-trial; http://www.psychologytoday.com/blog/radical-behaviorist/201004/john-odgren-guilty-aspergers-not-guilty).  Today I ran into the story of Zain and Faryaal Akhter being killed by their mother in Irving, Texas

(read the story in the Dallas Morning News; http://www.dallasnews.com/sharedcontent/dws/dn/latestnews/stories/072210dnmetirvingmom.4a86487.html).  Their mother, Saiqa, called 911 to report that she had killed her children.  She first put a bathroom cleaner in their mouths but they refused to drink it.  Saiqa Akhter then grabbed an antenna and strangled them.  Zain was 5 and Faryaal was 2.  Two young lives taken by their mother.

Zain was reported to have a diagnosis of autism.  Whether his sister also had an autism spectrum disorder is not clear.  Family members were obviously distraught. An uncle said that Zain had been receiving therapy and was showing signs of learning.  There are reports that the mother had shown signs of depression and had told the uncle that she had seen "strange things" in the apartment the family had just moved into.  Though her mental health problems certainly seem to be a major factor in these murders, when she called 911 to report she killed her children, she told the operator she killed her children because they had autism.  She said, "I don’t want my kids to be like that, I want normal kids."

There are many thoughts that raced through my head when reading the story.  First was that the Autism Society of America had just held their annual conference in Dallas.  Less than a month later a mother kills a child with autism in nearby Irving.  What could have led to this?  One of the sessions I attended at the conference discussed the programs that had recently been established for providing educational and clinical services to children with ASDs in Texas under new insurance legislation that mandates coverage.  While visiting one of these programs, the Child Study Center in Fort Worth, I was told that the waiting list for services was enormous and that many insurance companies are fighting tooth and nail to deny reimbursement for service provision.  Parenting a child with an ASD can be a daunting challenge, especially when there are few supports in place.  Even though Texas now has a mechanism in place to procure services, it is not easy to access them.

Some parents of children with ASDs refer to autism as having robbed them of their children.  It is understandable that a parent wants the best life possible for their child but autism does not mean that life is over.  Life may be very different than imagined but I’d be willing to bet that most parents find that what they expected of having a child is very different than what transpires after the child is born.  Many persons with autism are very offended by the notion that autism is, in and of itself, a tragedy.  In fact, I’ve heard many such individuals vigorously protest such characterizations.  Some even go as far as saying that autism should be accepted and not treated.  While I certainly agree that some of the reactions to the behaviour of people with autism could be improved with a better understanding of the disorder, I don’t agree that acceptance alone is enough.   But a better understanding of the disorder is not fostered by the newspaper’s description of autism.

They state that: "Although people with autism can lead lives that range from being severely disabled to almost the norm, many times, children with autism have behavioural problems, difficulty interacting with others, don’t sleep well at night and have unusual sensory issues, such as such as a desire to eat only certain foods and sensitivities to noise and the texture of clothing."

First off, I’ve met many people with autism that are well above the norm, some well accomplished experts in their chosen fields.  In terms of sleeping, I think there is much to learn about sleep and autism.  Though sleep problems are frequent, a good number of the children with autism I’ve known over the years have no sleep problems whatsoever.  Picky eating, again are frequent, but many children with autism I’ve known eat better than most typically developing people.  Similarly, sensitivities to noise and problems with clothing occur but not always.  These are relatively minor quibbles but there are only three established markers of autism (social and communicative abnormalities and restricted/repetitive interests).

What i found disturbing in this story is the lack of support that would allow someone to feel that this is the only option they have available to them.

Autism is not by any means an easy disease to deal with however the children for the most part can be a joy. And yes some children do not achieve as well as others while others excel beyond what the majority of the population have any hope of ever achieving.

We need the support to give our children the best possible chance we can during their lives because it is highly unlikely that we will outlive our children so either they must be able to care for themselves when we go or we need to have a system in place to protect them so they are not put at risk simply because they have become the victims of autism. 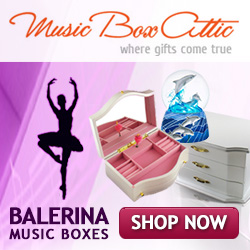 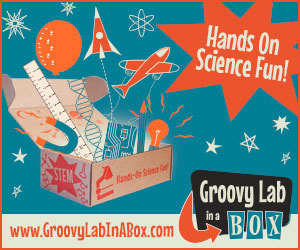 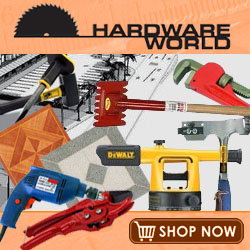